Home > About Us > Global Dongfeng 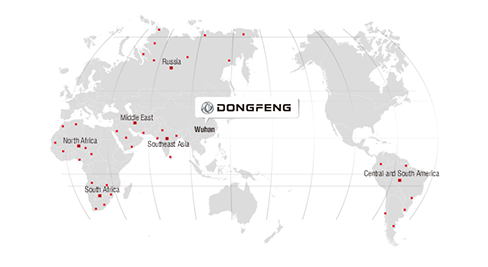 Adhering to independent R&D and innovation based on the formulation and implementation of its strategy of globalization, DFM has led a development path of continuous breakthroughs. At present, DFM’s overseas business covers more than 30 countries and regions in Asia, Africa, South America, as well as Central and Eastern Europe. While expanding its overseas market, DMF has been shaping an internationally famous brand by virtue of its advanced management concepts, technology and top design to support its brand globalization. Located in China, Sweden and Germany, our domestic and overseas R&D bases are committed to technological innovation and application in automotive industry through joint research and development. 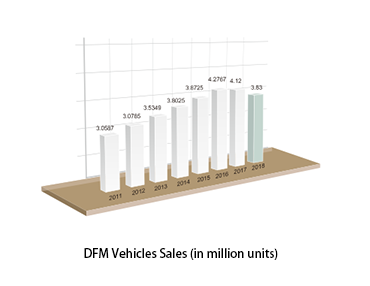 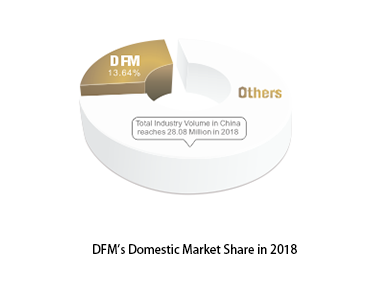 Founded on May 18th, 1992 and headquartered in Wuhan City, Hubei Province, Dongfeng Peugeot Citroen Automobile Company Co., Ltd. (hereinafter referred to as DPCA) is a JV business for automobile production and operation that is jointly invested in by DFM and the Peugeot Citroen Group. DPCA is one of China’s first three major passenger vehicle manufacturing industry bases planned and built according to economic scale. It currently has three production bases and controls five major factories.

The DPCA Wuhan Base is equipped with three major complete vehicle manufacturing plants characterized by the flexible production of several product varieties. At present, the Base has a production capacity of 600,000 complete vehicles per year.

Founded on June 9th, 2003 and officially put into operation on July 1st, Dongfeng Motor Company Ltd. (hereinafter referred to as DFL) is China’s largest JV automaker to date. It was jointly established by DFM and the Nissan Motor Company through strategic cooperation.

With a registered capital of RMB 16.7 billion (equivalent to JPY 240 billion or US$ 2 billion according to the exchange rate on the day), DFL was invested in equally by its two shareholders and registered at the Wuhan Economic & Technological Development Zone in Wuhan City. It currently has an employee workforce of 57,000 people.

DFL is China’s first JV automaker with a full range of passenger vehicle and light-duty commercial vehicle products. It is also the JV project with the largest scale, the deepest cooperative level and the broadest range of cooperative fields to date in China's automotive industry.

With a registered capital of US$ 70 million, a total floor space of 250,000m2 and an employee workforce of more than 1,000 people, Dongfeng Yueda KIA Automobile Co., Ltd. is a JV carmaker jointly invested in by DFM, Jiangsu Yueda Investment Co., Ltd. and the KIA Motors Corporation at a capital contribution proportion of 25%:25%:50%. At present, the Company has completed the construction of several advanced production lines including the Stamping Line, Welding Line, Painting Line, Final Assembly Line and Testing Line, giving it a production capacity of 50,000 economical cars per year. The Company’s main products cover the New K5, K4, K3, K3S, K2/K2 Hatchback, New Sportage R, New Sportage, New Soul, New Forte and Cerato.