Official Launch of the DFM FengGuang 360

On December 2nd, following its debut at the 2014 Wuhan Motor Show, the DFM FengGuang 360 came onto the market simultaneously in seven major cities of China. The DFM FengGuang 360 is available in two models (the 7-seat model and the 5-seat model); models with other configurations (including intelligent type, comfortable type, utility type, etc.) will be successively launched for some time to come.

As the DFM Mini Car Business Unit's masterpiece of transformation and upgrading, the DFM FengGuang 360 is viewed as DFM's epoch-making knockout product. From R & D to production and then to sales, the DFM FengGuang 360 has always observed and fulfilled the 'Customer focused' philosophy, making it a key product in line with the mini car's development tendency. By making the best of DFM's competitive chassis resources, international senior modeling experts devised an SUV contour full of sports elements. In addition, international top-level suppliers and R & D teams became involved in the car's design and adjustment, and its core components were purchased internationally from many world famous parts vendors including the American DELPHI electronic fuel injection system, Germany's BOSCH, an engine of world-class quality and so on. 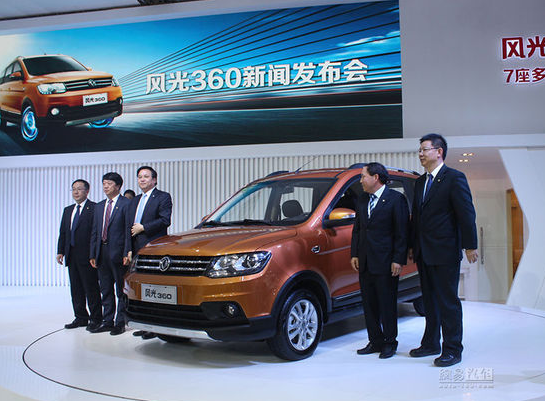