134 models showcased, including 24 debuts and 9 of new-energy

With the theme of “Let Dreams Driven by Vehicles”, DFM exhibition covers 14,000 square meters, with exhibits including 121 vehicles and 13 powertrains, among which 24 are debuted and 9 new-energy-driven, covering passenger vehicles, commercial vehicles, new energy vehicles and key powertrains, showcasing DFM’s leading technology reserves in conventional vehicles, new energy vehicles and Internet- d smart cars. The exhibition of DFM and its subsidiaries is mainly put on in Hall W1.

As the first premium passenger car developed in house, DFM A9 represents its state-of-the-art technologies and processes with a wheel of 2,900mm, a 1.8THP engine and a 6AT transmission. The car accelerates to 100km/h within 8.5s and it consumes 6.6 liters per 100km. The birth of the model marks growingly full-fledged transition from national presence to international exposure, thereby opening up new vistas for DFM as it seeks to grow and prosper. This also helps facilitate Chinese brands to move up the value chain.

As being positioned a compact SUV with a bit lower expectations than AX7, DFM AX5 is built on DFM platform DF1, a platform d on PSA 1 and jointly developed by DFM and PSA Group. The model brings the total number of the SUV portfolio to 3, thus developing a more integrated product layout for the market segment.

Built on the DNA of more sizable versions in the Fengxing portfolio, Fengxing SX6, which delivers as much comfort as a limousine and as high the trafficability as an SUV, interprets what defines the 7-seat SUV with its big space and superior performance.

Built on the Fengxing CM7 platform, Fengxing F600 falls under the category of new generation of medium business car. The model is committed to entrepreneurial spirit, user-friendliness and comfort, catering to needs of officials from public institutions and government organizations. The model is designed to join Fengxing CM7 in ways that sharpen the competitive edge of DFM in the medium and high-end business car market.

As the first model of DFM Fengdu, Fengdu MX6 is built on NISSAN SUV four-wheel drive platform. The car enjoys quality assurances and international technological strengths from the legacy of Zhengzhou NISSAN for over 20 years. Its parts and components, provided by original suppliers of NISSAN, also have quality assurances.

DFM A60-EV, a pure electric car, has a powertrain consisting of the drive motor, motor controller, reduction gearbox, convertible electric battery, etc. DFM AX7-PHEV, a plug-in hybrid electric SUV independently developed by DFM, can shift its operating mode from pure electric drive to hybrid electric drive or other types of modes. Fengxing S500-EV, the first pure electric MPV produced by DFM, is positioned to be top-quality MPV for domestic use, boasting leadership in drive technology and a driving range up to 250km. Fengxing S50-EV, the first electric vehicle of this series, has the max driving range of over 300km and a max speed exceeding 150km/h and the exterior is stylish and looks technological. Fengnuo E300, a compact 4-door electric car, has an FF powertrain with a high-quality PMSM and a high-energy lithium-ion battery. Yufeng pure electric bus, a European-style, integral, and light one, is equipped with a PMSM and ternary battery.

During the 12th Five-Year Plan, 62 types of DFM vehicles have entered into the nation’s recommended directory, beginning demonstration operation in cities like Wuhan, Guangzhou, Zhengzhou and Dalian. DFM developed a series of new energy products including hybrid, pure electric vehicles and fuel-cell vehicles, at the same time grasping core technology in batteries, motors and controllers with more than 370 patents. DFM has become an industry leader in key technologies like electric motor, battery and electric control, realizing mass production in key auto parts such as controllers.

During the 13th Five-Year Plan period, DFM will stick to green development, bringing smart manufacturing into full play, reducing emissions in the whole value chain, developing the business of new-energy cars and promoting the coordinated development between pure, hybrid and energy- saving vehicles.

Marching into a new-phase of international development

In 2015, DFM stressed further on opening up and cooperation, witnessing breakthroughs in joint-venture business. A new phase of international development has been ushered in.

DFM and PSA had carried out deep cooperation before launching their first joint model, DFM L60 in March 2015. In April 2015, two sides signed a program on developing a shared modular platform (CMP) and R&D Center (DPCT). DFM A9, topped the list of DFM Independent Vehicles with the same platform as Citroen C6, will see the beginning of DFM to enter high-end markets after its new role as a shareholder in PSA. The joint ventures by DFM and PSA—DongFeng Peugeot Citroen Automobile International Company made all-around progress in expanding international market in 2015, selling 4,177 vehicles in the ASEAN market.

In Jan. 2015, DFM and AB Volvo set up a joint venture for commercial vehicles, standing at an equity ratio of 55:45. The company targeted at the market of medium & heavy duty trucks. DongFeng Renault Automobile Company, the youngest auto joint venture in China, had its first production vehicle off the line. Vehicles built in China by DongFeng Infiniti were launched and well-received by the market. DongFeng GETRAG Transmission Company produced and launched its double clutch transmissions.

DFM sold 3.8725 million units in total in 2015, indicating a year-on-year growth of 1.84 percent and a stable operational efficiency, having well fulfilled the SASAC examination indexes. Besides, DFM has made great progress in reform.

The full fulfillment of all ives in the year 2015 marks an end of the 12th Five-Year Plan. During this period, the growth of DFM’s sales outperformed the average in the market by reaching a record of 3.8 million units in sales and a rise of 0.65 percent in market share, resulting in an annual sales revenue of 487.791 billion Yuan. DFM has fulfilled its social responsibilities by reaching a total sales volume of 17.347 million units and a total payment of taxes and fees of 204.57 billion Yuan plus a total investment of 240 million Yuan.

In 2016, the first year of the 13th Five Year Plan, DFM has set its main business targets: 1) 4 million units in production and sales; 2) Outperforming the industry in annual growth.

During the 13th Five Year Plan, DFM will orient itself to an outstanding enterprise providing customers with high-quality vehicles and best services. DFM will stick to the concept of innovation, coordination, green development, opening up and sharing, deepening reform and innovation, improving quality and efficiency, expanding opening up and cooperation to enjoy win-win benefits as well as becoming a more powerful enterprise. We will strengthen self-discipline and strive to become more dynamic, controllable, influential and risk-resistant and advance DFM to new horizon. 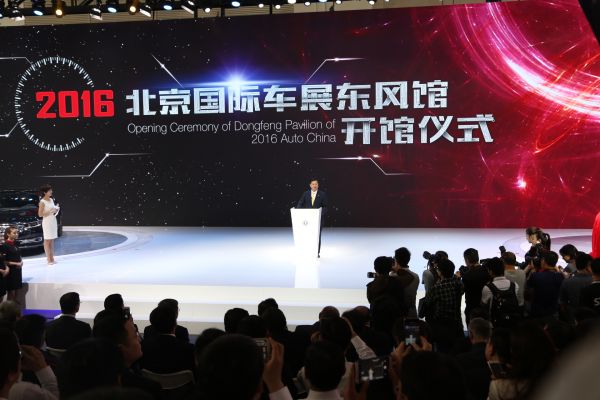 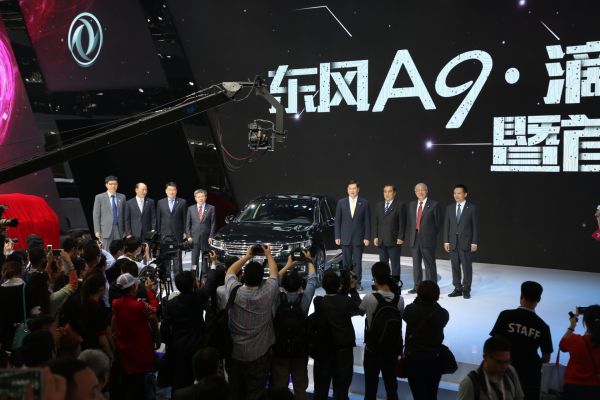